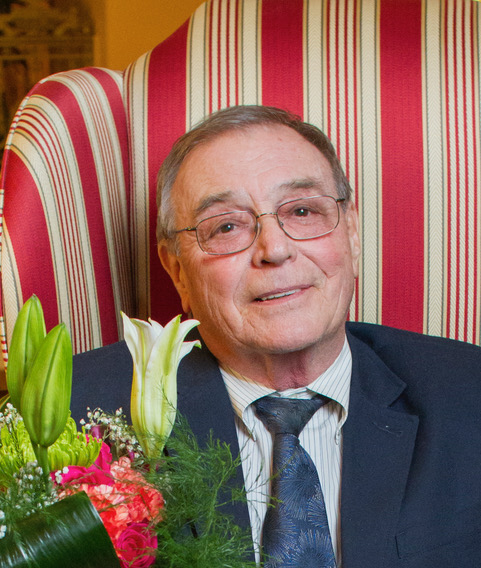 Jim Wilson’s Story In His Own Words

I first became involved selling wholesale to the florist trade, when I took on a part time job driving for Mr. Joesph of Toledo Ohio in the late 1960’s. I would drive my vehicle loaded with planters, and Mr. Joesph would sell the products and deliver at the time of sale. One day Mr. Joesph said to me, “Jimmy you should try selling, just go into the store with a couple of new items in hand and talk like I do to the customer.” I followed Mr. Joesph’s advice and bingo I made a sale with the first customer I called on! From that point on I have been engaged in selling to the florist trade.

I continued working part time with Mr. Joseph and one day the phone rang and it was a customer that I had been calling on in Toledo. She told me one of her sources for gift products was looking for a salesman. She also said, the former Salesman in the territory did very well financially and she would give me a good recommendation. So in about a week I heard from Norcrest China of Portland Oregon. They wanted me to travel to Chicago lllinois for an interview, I went, and I was hired. Thus, the start of my major league repping career. I was given the territory of Ohio, Michigan, Kentucky and West Virginia, which was too much for one person.

Norcrest had mostly giftware and not much for the floral trade. I helped them get floral containers, but it wasn’t going anywhere. So, I decided I would continue repping for Norcrest, but buy a Van to sell florist containers as a side line. I had known about Napco so I made a trip to Cleveland Ohio and made arrangements to buy case lots from them at distributor prices. So l wore 2 hats one as a sales rep, and one as a jobber.

This arrangement went on for about a year, when one day I was in Cleveland to buy and became acquainted with Mr. Maurice Pyner, which was Napco’s chairman of the board. Mr., Payner said, “we are looking for some young salesmen to join Napco would you be interested in joining Napco? I replied l would have to think the offer over. Mr. Payner said, think it over, we will be having a sales meeting later this week and give me a call, and if it’s a go you can come over and take in the meeting. I decided to join the Napco sales organization as their sales rep for part of Michigan and the small towns of lndiana. Later on I traded the small lndiana towns for all of Michigan and I have been Napco’s Michigan rep ever since.

I want to thank David Bailys VP of Napco whose advice, direction and motivation were instrumental in my success over the years. This leads me to my next accomplishment, David Baylis and I were calling on customers in Michigan, David was National Sales Manager for Napco, at the time. I say to David, I’ve always wanted to rep the Davidson Uphoff line. I’ve tried to make a connection, but never got anywhere. David says, “let me call Oakley Daidson and see what I can do. I ‘ll call him when I get back to my office.” The next week the phone rings and it is Oakley Davidson. He said David Bailys recommend me for a sales job. Michigan was open at the time and he asked me to send him a resume. After getting the resume he asked me to fly to Chicago for the day to firm up the deal which I did. This favor that David did for me was much appreciated, and I want to say, David, thank you for what you did for me and for his hard work and direction that has made Napco the great company it is today.

This all brings me up to the present, about 10 years ago my phone rang and it was Sam Feder the Sales Rep for Napco in Ohio and one of my best friends. Jimmy, he says, “I just picked up a secondary line that I’ve been doing great with! lt’s the Norman Smith line, are you interested?” Sam gave me the contact name of Mr. Allen Buckley. l’ve been representing Norman Smith Enterprises ever since. Norman Smith besides offering great prices and innovative products for my customers, sponsor my booths at the Great Lakes Floral & Event Expo each year. They also donate products to the design shows, and help wherever the organization needs within reason. Alan I want thank you for our great personal and business relationship

I would be remiss if I left out the third line I repped Plush in a Rush a Dallas Texas based plush toy importer. Operated by Stewart Steinberg and his partner and nephew Todd Steinberg who does all of the design and artwork for the company. Their line has been well received by my customer’s Stewart and Todd are great people to work for and I look forward to a great future with them.

I want to thank my wife Sharon, who has stood at my side and helped, and encouraged me over the years. Sharon has been my secretary, bookkeeper, order writer, and order re-writer at trade shows and interpreter of my awful penmanship

Without you, there would be no me.

2005 Wholesaler of the Year

Michigan Salesman of the Year