Senator Stabenow was cited for work that has benefitted every segment and level of the agricultural and floral community. A graduate of Michigan State University and a native Michigander, Senator Stabenow is a national leader on food and agriculture policy and a forceful advocate for Michigan agriculture – the state’s second-biggest source of jobs.

In accepting the award, presented by Bob Patterson, CF, Great Lakes Floral Foundation Chair, Senator Stabenow expressed her appreciation of the floral industry and how special it is that members touch people at the most important and memorable times of their lives on a daily basis. “I always try to stop in the local flower shop when I am making visits around the state. The local florists always know what is going on in the local community. When is homecoming?  When is the prom? Who’s getting married?”

Kate Penn spoke on the long-time relation SAF has had with the Senator and how she has always been a strong supporter of floriculture and specialty crops.

Tim Galea discussed the history of the Great Lakes Floral Association, pointing out that as a Michigan State alum, she might be interested that the association was started in 1920 by a group of graduates from the MSU horticulture program. The Great Lakes Floral Foundation was established in 2007 to support and advance the floral industry through educational opportunities and community enrichment activities.

The Great Lakes Floral Foundation (GLFF) has been established to support & advance the floral industry; it’s members and the communities they serve. The Foundation meets this responsibility through educational opportunities and community enrichment activities.  It periodically honors outstanding members of the floral industry who have mentored and inspired their fellow industry members. The Great Lakes Floral Foundation Hall of Fame has been established to record the contributions of those so honored. 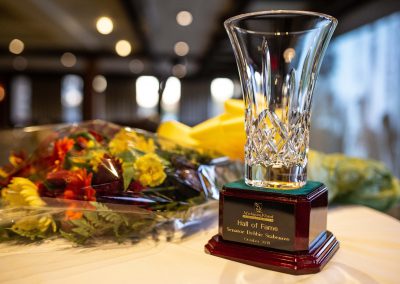 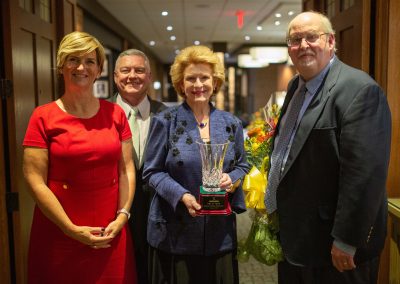 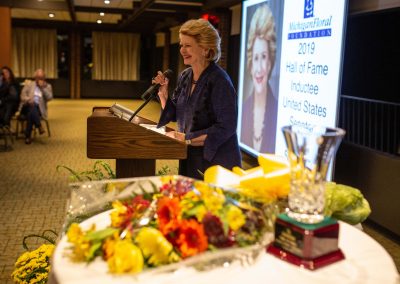 Senator Stabenow at the Podium 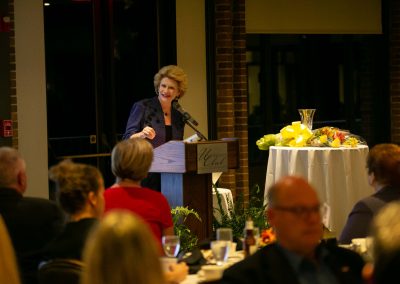 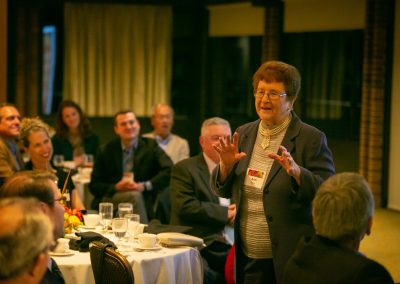